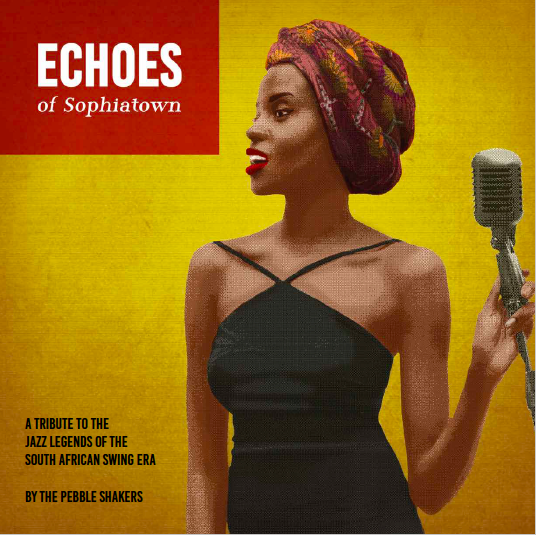 After months of transcribing, translating, and practicing the songs at the centre of the Echoes of Sophiatown project, the album at the core of the first project milestone has dropped! Featuring 12 of the 30 songs transcribed in the first phase of the project, the Echoes of Sophiatown tribute album is now available on CD and vinyl. Digital downloads will be available shortly.

The album officially debuts at the Mother City Hop festival on Saturday, 23 March at the District 6 Museum in Cape Town. Here, The Pebble Shakers with special guests Duke Norman on penny whistle and Andrew Ford on piano, will be performing the Echoes music for an audience of international swing dancers for the first time. The Sophiatown-themed evening, which has sold out, will be a time to celebrate the jazz legends of the SA swing era and thank all the people who contributed to bringing the project to life.