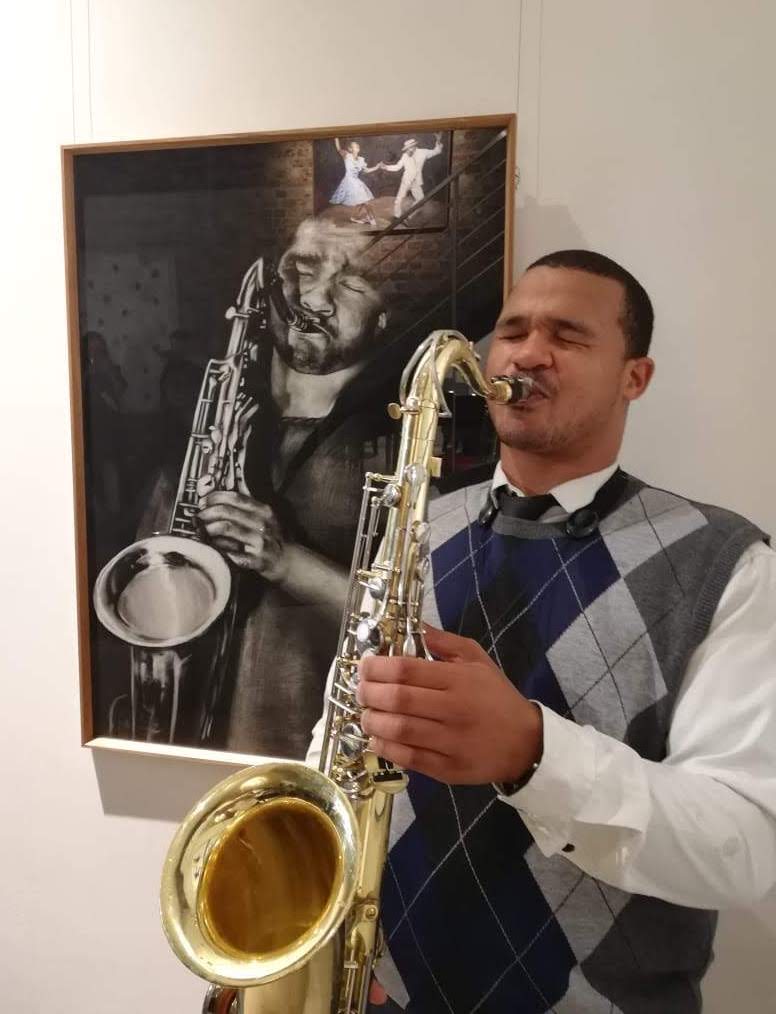 Following a hopping launch party on 7 March, the Echoes of Sophiatown art exhibition at Youngblood gallery is now open to the public! Featuring the work of local artists who were inspired by the music, art, history, and spirit of the South African swing era, the exhibition forms the first pillar of milestone one for the Echoes project.

The exhibition enjoyed a sparkling reception at its First Thursday debut, thanks in large part to the high energy of the Pebble Shakers who performed live to a crowd of swing dancers and art appreciators alike. The band was there to celebrate the soft launch of the Echoes of Sophiatown album, which is now available for purchase.

The exhibition is open until the end of the month, including the Mother City Hop festival weekend on 21-24 March when Cape Town Swing will be celebrating Sophiatown throughout the weekend.

All are welcome to join the main event for our first milestone of the Echoes project: the Official Launch Party on Saturday, 23 March. Here, the Pebble Shakers will officially debut their South African swing music to both the local South African community and the international dance community at the District 6 Homecoming Centre. Get your tickets to this Sophiatown-themed dance (R200) here.