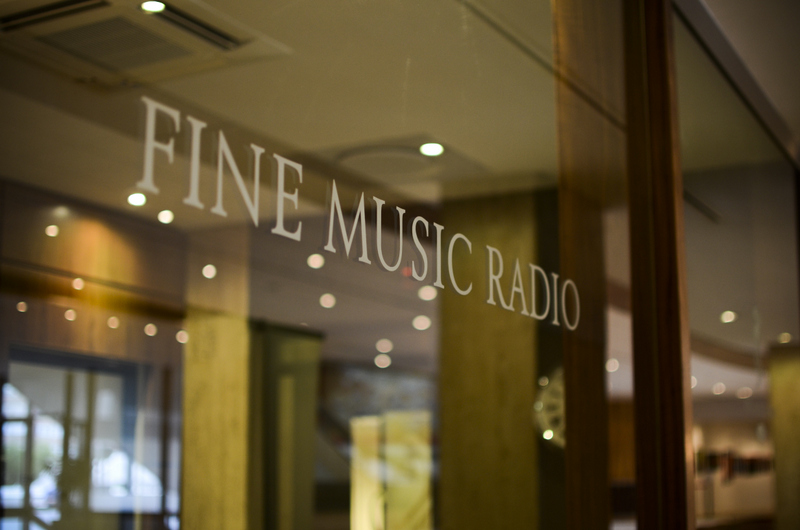 Last week we sat down with Rodney Trudgeon of Fine Music Radio, Cape Town’s premier station for classical and jazz music, to talk about the Echoes of Sophiatown album. What a joy to be invited to share more about the production of the album and bring this music to a new audience!

Rodney brought us in as part of his “People of Note” podcast, which airs on Sunday evenings as a kind of “Desert Island Discs” program for the Cape Town audience. Here we had the chance to share four songs off the album – an impossible feat to choose just four when we already struggled to pick 12 for the album of the 37 we transcribed. Still, we hope our selections give new listeners an idea of the wide spectrum of sounds to be found within the genre of South African swing. Beyond the podcast, Echoes will be featured on the station as the “CD of the Week” for 17-23 June, quite the thrill.

Of course, it was a particular privilege to be able to talk about this project with another kind of music lover. We have enjoyed so much support from the local and international swing dance community who are always game for initiatives that preserve jazz music. Having their backing is like having your family support your hopes and dreams: you appreciate it immensely, but you also know that you are all in the same corner, chasing the same dream. Which is not to say it’s a given, but we all play for team Lindy Hop.

So it was a different kind of satisfaction to feel the album so warmly received by people outside the dance community and know that this music (and the stories and the album art!) really is transcendental – it speaks to people. We felt something similar when the Pebble Shakers played at Cafe Roux for a mixed audience of swing dancers and first-time listeners just a few days before our interview on 25 May. The band brought down the house with their signature stylings and the energy was contagious.

Which brings us back to the real “people of note” on the Echoes project: the artists who bring the music to life, both today in live performance and on our scratchy old vinyls. Cheers to the Pebble Shakers and their tribute to the artists of SA swing.

If you want to catch the podcast with Rodney or share it with friends who you’e been trying to rope into this music (!), you can tune in when it airs on Sunday, 16 June, at 6pm (101.3 for Cape Town, 107.9 for Fish Hoek/Noordhoek, 94.9 for Llandudno/Hout Bay, and 97.1 for Atlantic Seaboard). Or you can stream it online here.