Broadly, swing is a type of jazz music that originated in the 1920s in America. The music gained mainstream popularity in the mid 1930s and until the mid 1940s was the popular music of the time. Band leaders like Count Basie, Benny Goodman and Chick Webb were the superstars of their time.

Swing music was (and still is) dance music. It was played for dancers and evolved alongside swing dances, most prominently the lindy hop which developed from the charleston, but also balboa, shag and the late night slow dances. 'Swing' is a term used to encompass all of these dance styles.

'Swing' also describes a certain feeling or groove in both music and dance. A combination of a driving, propulsive feeling that makes you want to tap your foot, and a syncopated, lilting pulse. This has been described by many as a subjective, elusive notion, but is intuitively understood by experienced jazz musicians and dancers.

It might be said that a band was “really swinging” or “in the pocket”, when the rhythm section locked in and the combined sound start to groove and makes people want to dance.

Here’s an excerpt from an interview with Count Basie (a favourite bandleader from the Savoy era) and Freddie Green (rhythm guitarist for Basie's orchestra):

Interviewer: “Do you have any working definition of what swing is?”

Count Basie: “No, I don’t. I just think swing is a matter of some good things put together that you can really pat your foot by. I can’t define it beyond that.”

Freddie Green: “I think swing is a thing you reach at a certain period in the music, when the audience says, “Well, they’re sure swingin’!” You reach a certain point when everything is going together, and everything is going well, rhythmically, solowise, and ensemblewise. Missing out on any one of those may account for the fact that people also sometimes say, “Well, they were all right, but they weren’t swinging.” ”

Basie: “Beside, there were all the things the kids used to Lindy Hop to. When they were really good dancers, why of course it was inspiring, because you knew then you could play something danceable. And the kids who were doing the Lindy Hop could really tell whether you were swinging or not.”

Interviewer: “When the bands began to play concerts instead of dances, with all the people sitting down, didn’t that make a difference in the attitude towards the music?”

Green: “In my opinion, if they’re dancing it helps, and makes it easier to play. It is a little harder when the people are sitting down.”

"SWING is the big band music of the 1930s and 40s that swept across America. Swing is the jubilant dance born in the Harlem night clubs of that era, rebirthed and spreading round the globe. Swing is the pulsing groove of a jazz band in the zone. Swing is the propulsive rhythm that sneaks into a body and makes an unwilling foot tap. Swing was born in the collision of cultures on the New Orleans docks, where church hall chants met cotton field blues, the marching brass walked to African drum rhythms. The irrepressible sound of voiceless people. Swing is in the syncopated cymbal, the muted trumpet, the lazy saxophone and upright bass. The sounds of Louis Armstrong, Ella Fitzgerald, Count Basie, Chick Webb, Benny Goodman and Fletcher Henderson. The marriage of classical structure and raw improvisation. Swing shines on the faces of a crowded dance floor. Swing walks in the steps of Frankie Manning and Norma Miller as they danced at the Savoy. Swing is the pregnant pause…the stomp off, the glorious, stretchy swing out, the buttery sugar push, the quick-stop. Swing is the laugh shared between two strangers holding hands. Swing is the thread that brings people together."
– Brendan Argent

We’ve curated playlists for you at different tempos so you can practice bopping your head, clapping, and dancing at a tempo you feel comfortable with. These are some of our favourites – enjoy!

There's no better feeling than pressing play on a song and seeing the floor fill up with happy dancers! DJing is a super fun way to connect with the culture of swing and jazz. It's great for anyone who loves to create a party vibe on the dance floor, or for more introverted folks who like to nerd out a little bit away from the crowd, but still be part of the fun. You don't need to be an experienced dancer, and you don't need to know anything about music to start out.

We've got a little group going for anyone who wants to dabble in DJing for swing dancers. Join the conversation to learn about jazz, pick up some tunes from others in the group, and when you're ready, try your hand at playing some songs at a party.

Pop us a message to join! 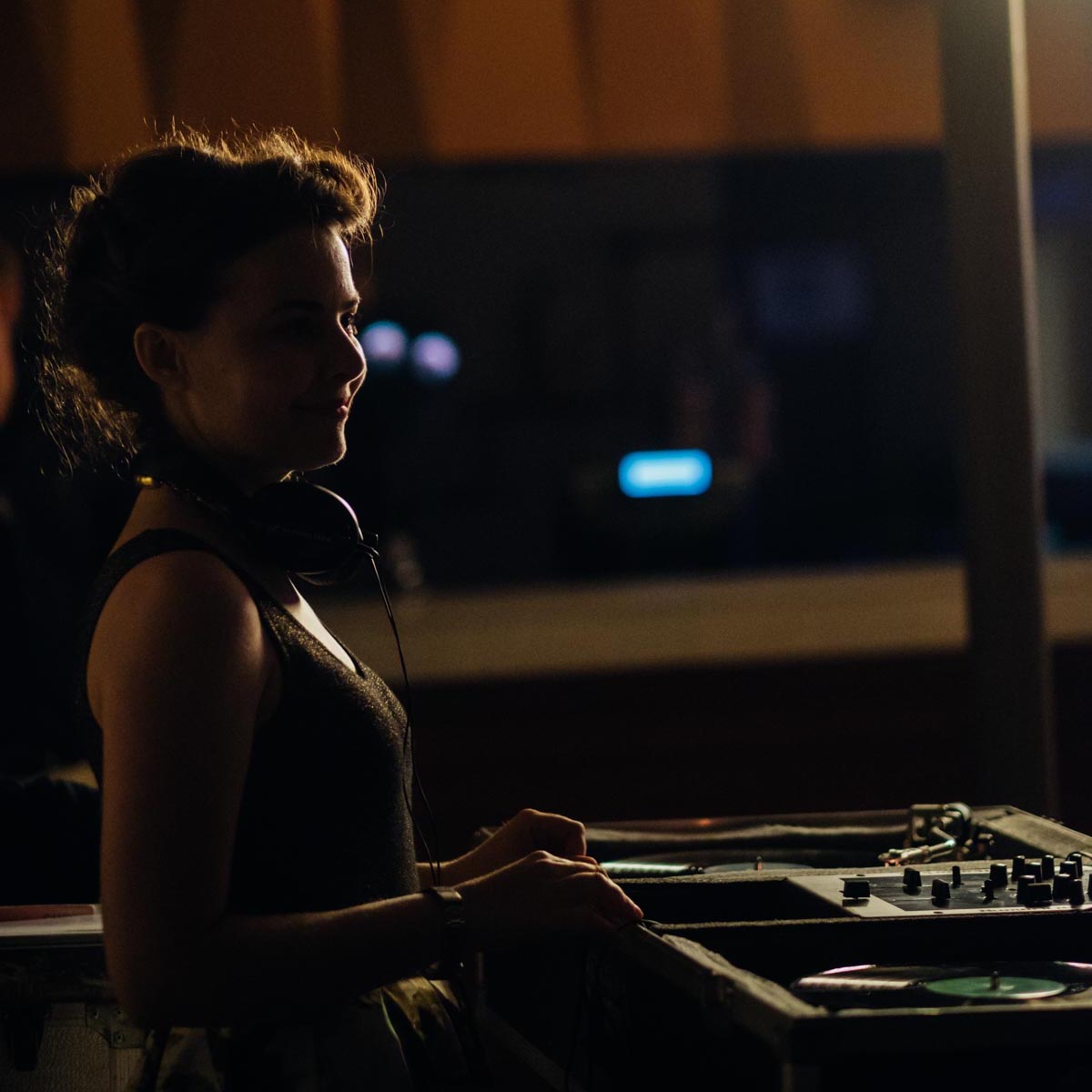