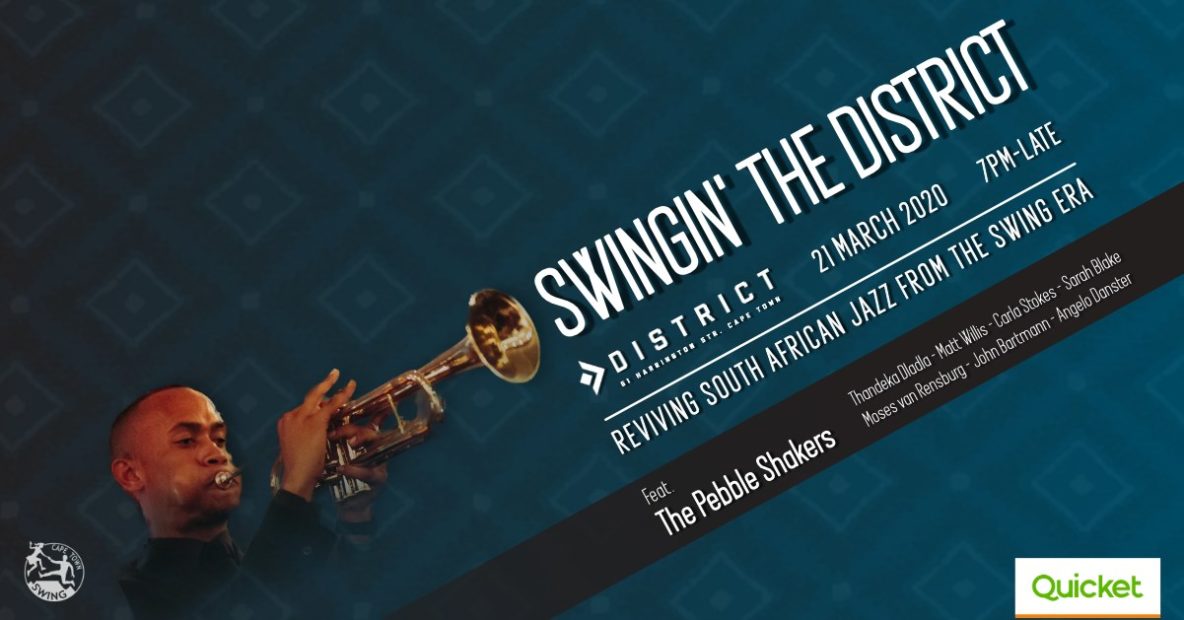 For the second year in a row, the Pebble Shakers will be headlining the Mother City Hop festival weekend at the main event, the Swingin’ the District dance party, on Saturday, 21 March.

All are invited to join us at the District Night Club in Cape Town as the Pebble Shakers bring down the house with some old-school South African swing tunes. We will also be welcoming back as Master of Ceremonies for the evening Al Capper, who was a hit at the District 6 Homecoming Centre party in 2019. It’s going to be a party like no other, with dancers from over 17 different countries in town for Cape Town Swing’s annual swing dance festival.

Fittingly, the event is hosted a stone’s throw from the dance halls of District Six, an epicentre of South African musical innovation. Sophiatown and District Six both share a sad history of destruction under apartheid, in part because of their cultural diversity and because of how the artistic expression that took root in these neighbourhoods embodied a resistance to segregation. Many of the songs that were uncovered as part of the Echoes of Sophiatown project are being played live for the first time in 70 years, a truly special celebration for Human Rights Day.

Once you’ve heard this music live, you’re going to want to turn it up again and again. If you don’t already have a CD or digital download of the Echoes of Sophiatown album, available on the Cape Town Swing online store, it is now available on Bandcamp!